Trust the Banksters to deposit the capital required to expedite a proper investigation of their activities. Just as Nero strummed the harp while Rome burned a top banker at Anglo Irish serenaded a colleague with a verse of Deutschland uber Alles, while his banks inane, insane if you like, policies amounted to a scorched earth assault on the Irish economy, leaving it a wasteland incapable of supporting lives, jobs or societal well being.


Indicating that the tape of the singing banker could herald the downfall of the banksters the Guardian reported that:

As an illustration of the bankers' arrogance and the Irish politicians' temerity, these audiotapes could hardly be bettered. It's very late in the day but Dublin must order a proper inquiry into events of 2008 and 2009.

Taoiseach Enda Kenny said that the outrage prompted by the singing throughout Irish society was justified.

Looking through the spy glass

For the past fortnight Edward Snowden has been hogging the spotlight and the really big headlines  because of his whistle blowing having exposed a huge US government spying operation.

At the time of writing Snowden, a fugitive from US law enforcement, is sitting it out in Moscow Airport while a request for asylum is being considered by Ecuadoran authorities.

While 'Snowdengate' has taken the issue of government spying on its own citizens into a new sphere, the dark art, if not the oldest profession in the world, must come a close second.

In Ireland thirty years ago a serious political row erupted over claims that the Fianna Fail led government of Charles Haughey had been spying on journalists.

Tony Soprano, the centre of gravity of the New Jersey mob, The Sopranos, was quite some character.


What made Tony the magnetic pull of the television series was the actor who played his part, James Gandolfini, who died suddenly while on holiday in Italy at the age of 51.

Few would describe him as a lean mean gangster. He was mean, sure enough, but holding back the weight was not the forte of a man who once described himself as a 260 lb Woody Allen. Despite the flab he was never short on muscle, applying it liberally when 'business' required. Neither sentiment nor friendshipp stood between Tony and business.

Sopranos fans everywhere will mourn the loss of the larger than life actor who came to characterise 'the Mob.'

President Barack Obama and his family have left Ireland for Germany where one of his famous predecessors, John F Kennedy made his memorable Ich Bin ein Berliner speech.

While the President was restricted to the North for the duration of his stay his wife, the US First Lady, Michelle Obama and the couples's two children spent much of the time in the Republic.

When JFK made his visit to Ireland 50 years ago this month much of the event was covered by Lensmen and the insuperable photographer Andy Farren, some of whose images from the time featured in a special 50th anniversary supplement put together for the Irish Independent. 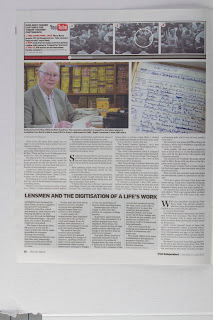 Irish Photo Archive has a wide range of images of the JFK visit available for purchase and framing if desired.

President Barack Obama is in the northern part of Ireland at the moment where he is speaking to an assembled audience at Belfast's Waterfront Hall.

The First Lady of the US, Michelle Obama was given a rapturous reception when she arrived to speak in the same venue.

The presidential visit coincides with the 50th anniversary of President John F Kennedy's arrival in Ireland in 1963. Then Lensmen were to the fore in capturing imagery of important moments for the benefit of posterity. Today a half century after the event Lensmen's endeavors are still being acknowledged, with their coverage of the 1963 Presidential visit featuring extensively at the weekend in the Irish Independent.

Capturing the images for Lensmen was the company's joint owner Andy Farren one of the country's finest snappers. Lensmen had been retained by the government of the day to put together the official album.

Lensmen have now licenced the Irish Photo Archive to digitise and preserve Lensmen’s extensive collection. Last year the significant task of digitising the collection began, up until then the archive had been relatively untouched. The hope is that over sixty years of work and sixty years of Irish life will be made accessible to everyone through the website www.irishphotoarchive.ie and this vast, historically important collection will be preserved for generations to come.

To that end the Irish Photo Archive has been steadily scanning and uploading digital images from the archive to the website.

We are especially pleased to be in possession of a series of images from the visit of John F. Kennedy to Ireland in 1963. These cover a number of the events that occurred during the visit such as the trip to Dunganstown to meet his relatives, his cavalcade through Dublin and many more. All of these images can be viewed on the website and prints are available for purchase both in Ireland and internationally.

Stuck for a gift idea? Why not buy him a classic framed photograph from the Irish Photo Archive. 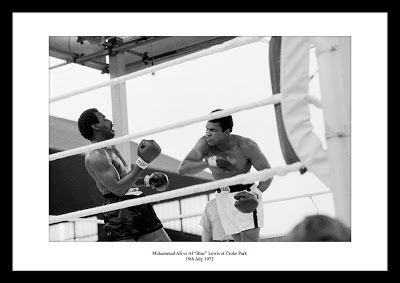 Choose from many memorable photos from key events in Ireland's recent past. 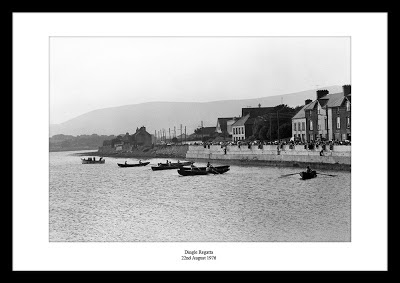 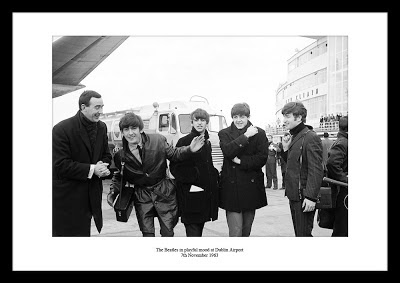 Purchase these and other framed prints at the Irish Photo Archive
at 15:00 No comments:

The Australian writer Anna Funder in her book Stasiland conjured up a frightening picture of life for an East German citizenry constantly spied on by the government.


But the ability to contrast life behind the 'Iron Curtain' and that in the 'free world' seems to be weakening as citizens in the latter fall prey to the surveillance state. In the US the Obama White House is engaged in invasive measures against its own citizens. It has been revealed that 'a secret court order gives the National Security Agency blanket authority to collect call data from a major phone carrier.' The privacy of Millions of US citizens are affected by the measure which has been described by politicians and civil liberties campaigners 'as the most sweeping intrusion into private data they had ever seen by the US government.'

President Obama will no doubt hope to escape the bad fall out when he visits Ireland later this month for the G8 summit to be hosted in Co Fermanagh. Obama has been to the country on one previous occasion, following in the tradition of many of his predecessors who have been to Ireland during their time in office.

Ruairí Ó Brádaigh, a president of Sinn Fein fro 1970 to 1983, and who also served on the Provisional IRA's army council over the same period, has died aged 80 after a long illness.

Born into a republican family his entire life was steeped in the republican tradition. His was relentless in his dedication to the cause of Irish republicanism and was also unwavering in his support of the physical force dimension of that tradition. His lack of equivocation on this matter led to him being effectively marginalised in media discourse for much of his life.

A biography of O'Bradaigh was written by US professor Robert White. Mr O'Bradaigh will be buried tomorrow in St Colman's Cemetery, Roscommon.

On Sunday evening in the Aviva Stadium Ireland enjoyed a rare comfortable victory as the boys in green coasted to a 4-0 win over opponents, Georgia. Even without the Georgian goalkeeper being dismissed in the 20th minute for a professional foul, reducing the East European side to 10 men for the remainder of the game, it is doubtful if this was a game Ireland could have lost.


To celebrate qualification for the World Cup at "Italia 90" a range of clothing was produced for the many fans who would travel to Italy.