The beautiful building at the top of Harcourt Street used to be a vibrant terminus of a railway line from the seaside town of Bray. It was the gathering point for Dubliners on summer weekends as families escaped to the seaside breezes.  Young people were also familiar with the station from travelling to dances in Bray on Friday nights.

The Harcourt line passed through Rathmines/Ranelagh, Milltown, Dundrum, Stillorgan, Foxrock, Carrickmines, Shankill, Woodbrook, and terminated in Bray. The line opened in 1854, and there were two major incidents on the line. The first was when a train failed to stop at the Harcourt station and crashed through the wall, knocking bricks and debris onto Hatch St.. The second was when two trains collided in thick fog at Dundrum in December 1957.

The station was closed in 1958, despite many public protests. Todd Andrews had been elected chairman of CIÉ (Córas Iompair Éireann) in 1958, and he immediately implemented a cost-cutting campaign which involved closing all unprofitable lines. The Harcourt line was the first to be targeted by Andrews. The last train to exit the station left on 31 December 1958.

The shell of the station still stands, and was the home for the Pod nightclub complex, comprising of Crawdaddy, Tripod and the Odeon bar. However, the complex closed recently, with plans for redevelopment of the space underway. But the building itself has been recognized by the government as having architectural significance, so the colonnaded façade will be preserved.
at 10:00 No comments:

Jimmy O’Dea was one of Ireland’s best-known actors, the Brendan O’connor of his day. O’Dea featured in several TV shows, such as The Signal Box with David Kelly, and spearheaded many Gaiety pantomines. His most popular character was Biddy Mulligan, an inner Dublin city market trader who was perhaps part of the inspiration behind Mrs Brown.

O’Dea was a regular customer at Neary’s, a pub in Chatham St just off Grafton Street in Dublin. He would often pop around from the Gaiety for a drink, so much so that he had a favourite seat. Trinity students would often take fresher students to Neary’s, place them in O’Dea’s seat and wait for the man himself to make his appearance and turf the innocent trespassers out.

O’Dea appeared often with Maureen Potter, another much-loved Irish comedian. When O’Dea married Ursula Doyle, another actress, Potter was the bridesmaid. Interestingly, Seán Lemass was O’Dea’s best man, having been a classmate of his at the Christian Brothers’ school in Richmond Street Dublin. Lemass also gave the oration at O’Dea’s funeral in 1965.

But internationally, O’Dea will instantly be recognized as Darby O’Gill from the Hollywood film, DarbyO’Gill and the Little People. It’s not a film that is regularly shown any more, on Irish TV at least, and is often derided for its stage ‘Oirishness’, but was well received by critics on its release. It was also the film that brought Sean Connery to the attention to the Hollywood directors, and helped him on his way to the James Bond role.

It’s not often you find James Bond linked to the Gaiety pantomines, now, is it?

The Irish Photo Archive was approached by Irelandxo.com to help them run a competition on their website and social media sites. Irelandxo.com, or Ireland Reaching Out, is an organization created to strengthen ties between Ireland and the Irish diaspora. 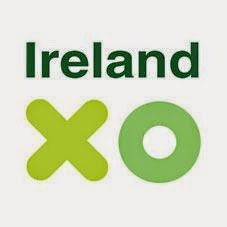 Inspired by the Gathering, Ireland Reaching Out starts the tracing process in Ireland, following families or individuals that were forced to leave an area and linking up with their descendants, instead of waiting for the descendants to start the search.

Ireland Reaching Out has started gathering information on communities, focusing on a local level. Through their website and social media, the organization asked people to send in old photos of their local area. As an added incentive, all participants were entered into a draw and a 16x12” print from the Irish Photo Archive was offered to the winner.

The lucky winner, Mary Ellen Jacobs from Toms River in New Jersey, was chosen on Monday, and has been happily trying to select a print from the Irish Photo Archive website. This is what Mary Ellen told the Ireland Reaching Out staff after hearing of her win:

“What wonderful news on a Monday Morning!!  It will probably take me days to make a selection.  The collection is quite impressive.”

Though winning a print is a great present, trying to choose between all the great images we have on offer will be very difficult. But we have no doubt Mary Ellen will find the right image for her soon.
at 13:38 No comments:

St Finnbarr was a saint very much associated with Cork, and the wider Munster area. He was born in Cork and set up his primary monasteries in the county.

Finbarr was the son of the chief smith of the King of Munster. His parents had been sentenced to be burnt at the stake by the king who had disapproved of their marriage, but when a heavy downpour of rain quenched the fire, the king perceived it as a sign from God and granted them clemency.

Finbarr was sent for a religious education after some visiting Munster clerics felt that they could see the grace of Gad shining from his face and asked his parents to let them educate him. Finbarr was given his name when he was being tonsured in preparation for being a monk. The cleric shaving him said “Is fionn barr Lócháin”, meaning “Fair is the crown of Lócháin”, and he was called Finbarr ever after.

After his education, Finbarr returned to Gougane, where his parents lived, and set up a hermitage on a small island in the middle of the lake there. This is the building you can see in the photos from the Irish Photo Archive. It has since become a site of pilgrimage, and a tradition developed where pilgrims would hammer coins into a wooden cross on the site. This cross fell down in the mid-1990s due to the weight of the coins. It was placed leaning against a tree, but when visitors started hammering coins into the tree instead and damaging the foliage, the cross was removed.

Finbarr also set up a school in what would eventually become Cork city. He remained at this site for the remainder of his life, and is buried in the grounds of the cathedral named after him. His school became one of the main five scholastic sites in Ireland in the mediaeval times.

Hell no, we won’t pay

Ceathrú Thaidhg is a Gaeltacht village and townland on the Dún Chaocháin peninsula in northwestern County Mayo, Ireland. It is within Kilcommon parish in the barony of Erris. Carrowteige is a relatively small townland with an acreage of just 403 acres.

In the 1950s, the roads through Dún Chaocháin were in terrible condition. Having failed to draw the County Council's attention to the matter, a Kilcommon man and national schoolteacher, Harry Corduff, refused to pay his road taxes. He was imprisoned in Mountjoy Jail for a week. Public support for his cause was great and promoted many protests of support, including the protest in these photos outside Mountjoy and in Dublin’s city centre on 25 April 1957.

Whether or not Harry is any way related to Willie and Mary Corduff of the Rossport Shell-to-Sea protests, I cannot tell you. Perhaps if somebody from the area or who knows the family reads this, they might let us know. Either way, it’s obvious that it is unwise to get on the wrong side of a Corduff from County Mayo!

It also shows that there is a history of people refusing to pay taxes when they feel the services they get in return are substandard. And when those people are imprisoned for standing up for their rights, there is also a history of widespread public condemnation of this action by the government, expressed through demonstrations and protests.

Water Charges Protest in Dublin from Lensmen Photography and Video on Vimeo.