This week, you probably noticed many references to Brendan Behan in the media. It was 50 years since his death, and many newspapers published columns on how Behan’s literary talents, and the man himself, were destroyed by alcohol.

It is undeniable that Behan’s literary legacy stems from his early work – The Quare Fellow, The Borstal Boy, An Giall/The Hostage. Yet, he always had a way with words and his witticisms never dried up. Behan became internationally notorious when he appeared drunk on the Malcom Muggeridge show. He realized that people wanted to see the drunken Irishman stereotype, and he delivered this persona in public for most of his life.

Sadly, Behan developed diabetes as a result of his drinking, and when he collapsed in a diabetic coma on the street in Dublin, people assumed he was just drunk again and left him them. When he was finally taken to hospital, there was little that could be done for him and the news of his death came as little surprise to his friends.

Although Behan’s early death at the age of 41 could have been foretold, his passing still caused a great deal of sorrow. People lined the streets as Behan’s coffin made its way to Glasnevin cemetery, and it was described as one of the biggest funerals in Ireland since that of Michael Collins. In later years, a bronze likeness of Behan’s face was stolen from the headstone at his grave, which can be seen as a rather misguided token of respect for the man.

Behan had married Beatrice Salkeld in 1955, and they had a daughter together, Blanaid, just two years before Behan’s death. Beatrice had seen the effect fame and alcohol were having on Behan, but it proved impossible to keep him away from drinking. However, it was through her quiet influence that Behan managed to write as much as he did. Without Beatrice, it is doubtful we would have the small body of work left by Behan.

But a reading of Borstal Boy or The Quare Fellow will show the natural literary talent Behan had. They are works with a unique voice and that have stood up to the passage of time. The memories of the man haven’t faded much either over the past half century.

If you are flummoxed by what to get Mammy for this year’s Mother’s Day, Irish Photo Archive’s collection of fine art prints and iconic images from Irish history will inspire and delight.

If your mother was a rock chick in her day, she’ll love our collection of Rolling Stones images. These photos remained unseen until the recent release of the Charlie is My Darling documentary. Jagger, Richards and co. are captured just as ‘Satisfaction’ is at No. 1, a vital time in the storyline of the band.


Or perhaps your mother was one of the lucky few to see the Beatles perform at their only gig in Ireland in 1963. The boys were in playful mood at Dublin Airport when they arrived to play the gig.

Maybe your mother was more the type to queue up to catch a glimpse of JFK or the Pope as they arrived in Ireland for a visit. Or if she is a homebird and spent her life in one small county of Ireland, why not transport her down memory lane with a print of her local town without SUVs lining the footpaths. 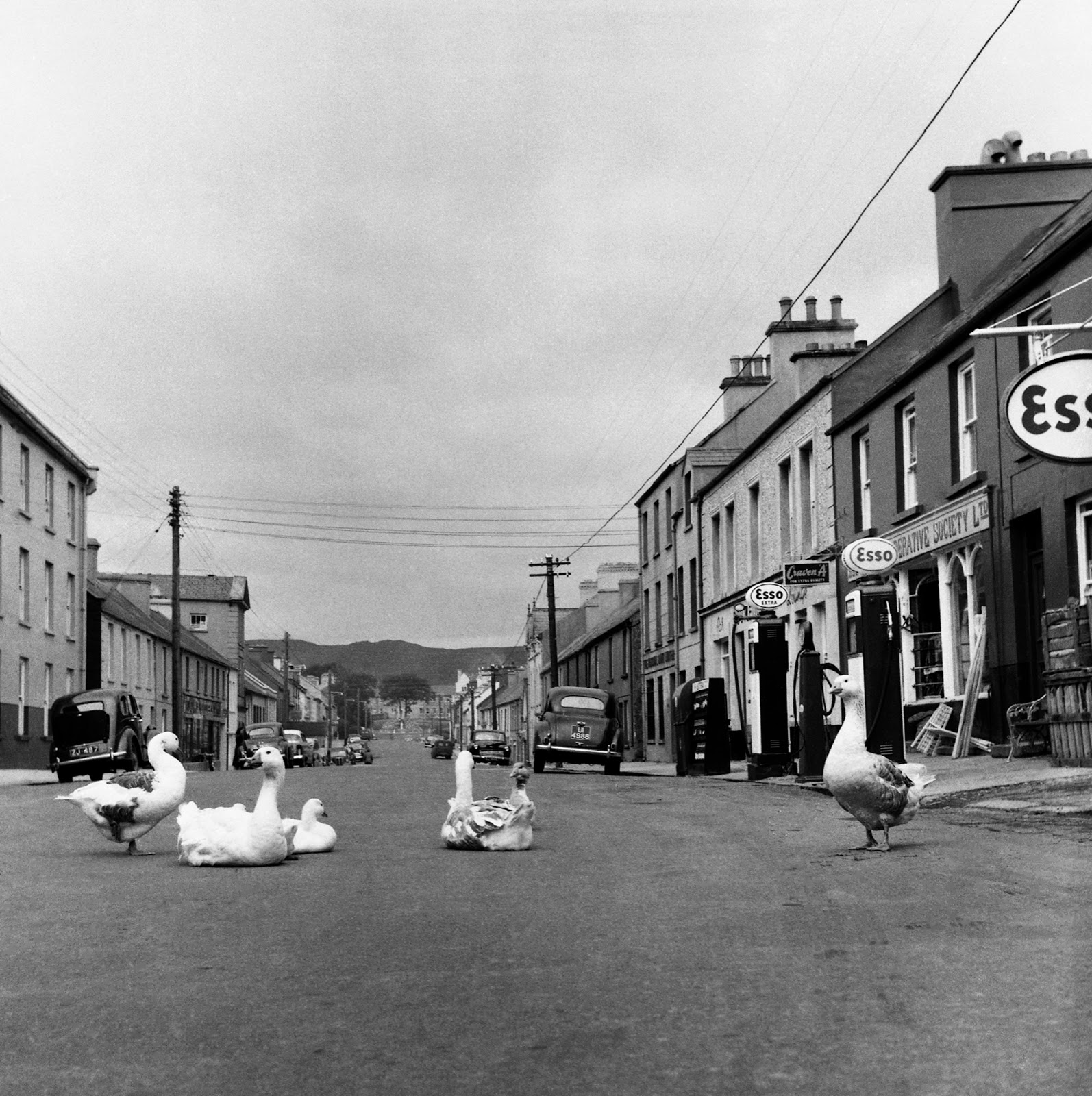 Then she will look as happy as Princess Grace does here when Albert brings her a rose during a stay at Carlton House in Maynooth. 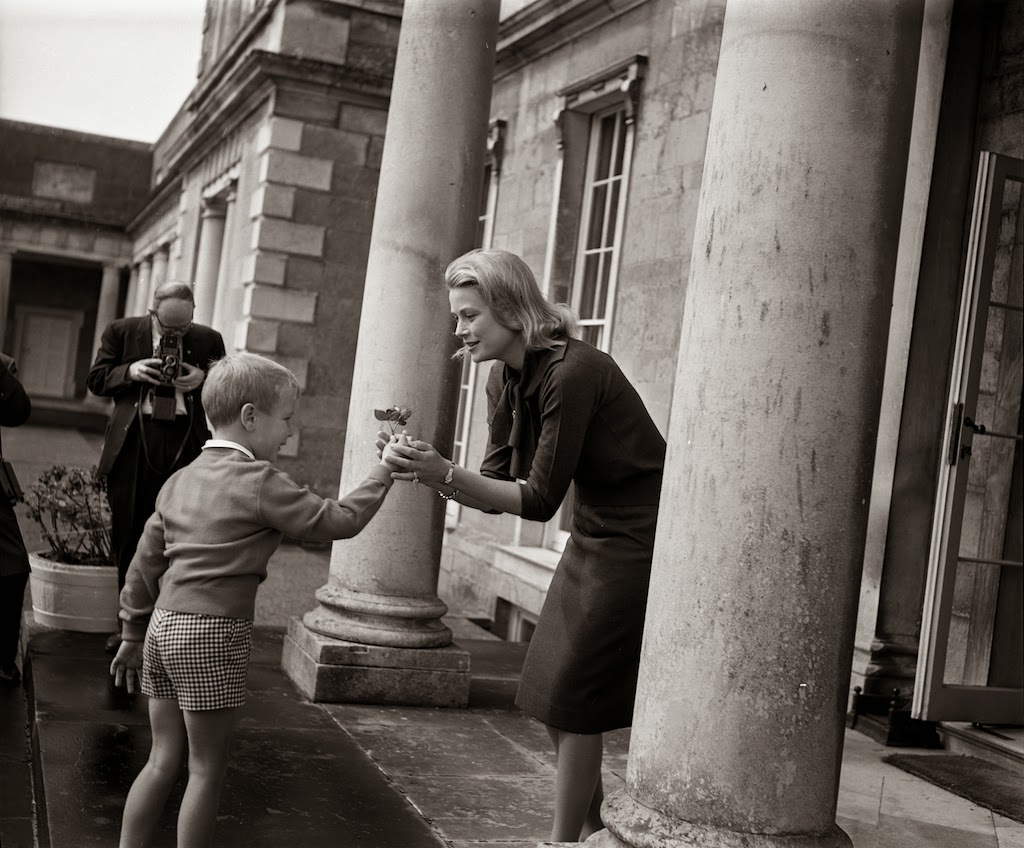 Enjoy the day.
Behave well.
Everything in moderation.
Keep the children close in crowds.
View the parade.
Appreciate the festivities.
Safe home.

For those preparing to turn out for the annual St Patrick's Day parade in Dublin, Encore Tours have outlined the route to be taken.

The route for the Dublin St. Patrick's Day Parade leads from Parnell Square on the city's Northside down O'Connell Street, over the River Liffey via O'Connell Bridge into Westmoreland Street, past Trinity College at College Green and on to Dame Street. It then turns left at Christchurch Cathedral into Lord Edward Street, Nicholas Street and Patrick Street before finally finishing at St. Patrick's Cathedral.

Hundreds of thousands are expected to fill the streets on the national holiday. Many will gather along O'Connell Street with its looming spire which has since replaced Nelsons's Pillar as the dominant landmark in the city centre.

RTÉ radio presenter  John Creedon is hoping to pave the way along a straight line by calling on listeners to join him in abstaining from alcohol on St Patrick's Day.

He tweeted 'If you are dreading our national holiday, fight back. Join me in an alcohol-free St.Patrick’s Day.'


Outlining his perspective he said:

Up to recent years people were introduced to pub culture in a subtle way — you were served draft beer in a pub setting, that you could get away with a couple of pints in an adult environment and under the beady eye of the bar owner. In the last 20 years in particular, the introduction to alcohol has been totally different.

Snakes Out and Sun In

St Patrick's Day 2014 is billed to be a dry warm one. The Irish Independent has reported that Met Eireann is predicting a mild and pleasant weekend.


A considerable improvement on last year's inclement weather, it is good news for the many revellers that come out to enjoy the spectacles the length and breadth of Ireland.

Taoiseach Enda Kenny today commences his St Patrick’s Day visit to the US where tomorrow he will meet President Barack Obama at the Oval Office. In accordance with a six decades old tradition Taoiseach Kenny will present President Obama with a bowl of shamrock.

He arrived in the country yesterday and is due to stay for six days during which he will meet political and business leaders. While there he will 'promote investment and jobs, and make the case for immigration reform in the US.'

New York mayor, Bill de Blasio, has clashed with the organisers of the Patrick’s Day parade in New York over the decision by the parade committee to ban the participation of a gay contingent. The Guardian has described the fault line as one separating “tolerant and modern” from “bigoted and antiquated.”

The Parade Committee rejects this characterisation claiming it 'is not anti-homosexual, it merely wants to prevent people carrying signs that affirm homosexuality.'

The parade a yearly feature since 1762, is expected to draw a million onlookers. The participation of a gay contingent has been banned since 1992 after abuse was hurled at gays taking part in the parade from bystanders.

The US Supreme Court in 1995 upheld the right of parade organisers to decide who could or could not take part. De Blasio firmed up his position by attending a a St Pat’s Day for All Parade in New York.

St Patrick's Day through the years

It is fast approaching that time of year again for the global onslaught of revelers putting an oversized leprechaun hat on their head, drinking far more alcohol than they can handle and shouting “Top of the morning to ye” at each other in their best ‘Oirish’ accent.

Despite the stereotypes, most of the brashness now associated with St Patrick’s Day actually originated in the US – leprechauns, the bright green clothes, the dyed beer. Even the dinner of corned beef and cabbage is an American invention.

In 2006, the Irish government decided to tap into this enthusiasm for celebrating our national saint by creating St Patrick’s Festival; a week of events, gigs, tours, and street performances, crowned off with the parade through Dublin city centre.

However, just 20 years ago, celebrating St. Patrick’s Day used to be a much more sombre affair in Ireland. The focus was on the religious aspect of the day, as families dressed up to go to morning mass, with a sprig of shamrock pinned to their coats. Blessing the shamrock was also part of the Dublin parade.

After mass, people went home to get the dinner of bacon or roast chicken and potatoes ready. The men might slope off to the pub for a leisurely pint of Guinness with the other males of the neighbourhood. Since the ‘80s, TVs in the living-rooms of rural Ireland were always tuned in to the Dublin parade. From this vantage point, the tanned and sequinned dancing groups from the US seemed like creatures of a superior species, their enthusiasm and permasmiles almost unnerving.

Parades were held in all the large towns, but they were a community effort and focused on regional industries. Tractors were a common sight, pulling trailors carrying floats sponsored by local businesses and clubs. The girls from the Irish dancing clubs were always out in force, but without the layers of fake tan and makeup they come with these days. People cheered to see their neighbours and relations in the parade. They did not need glamorous costumes, pounding music or fancy fireworks to make standing in the rain worthwhile.

One tradition that has continued is the holding of the Gaelic Athletic Association club final in both hurling and football on St Patrick's Day. Croke Park has become the regular venue for this event, and it is a big draw for many people in Dublin for the festivities who wouldn't normally attend a GAA match.

The Irish Photo Archive has a collection of images of St Patrick’s Day from the 1950s through to the 1980s. They portray an Ireland that was pushed aside by the Celtic Tiger, but which has been remembered in the past few years with a lot more fondness. Which version of St. Patrick’s Day celebrations are best will always be a subjective opinion, but why not use our galleries to look back on the day through the decades.