I got a lovely email this morning from Niall MacDonagh, he wanted to order a print of his mother – Nuala MacDonagh.  The image in question is currently being used on a Peter Kelly card and it’s a stunning image of a very beautiful lady – Nuala MacDonagh (on left) 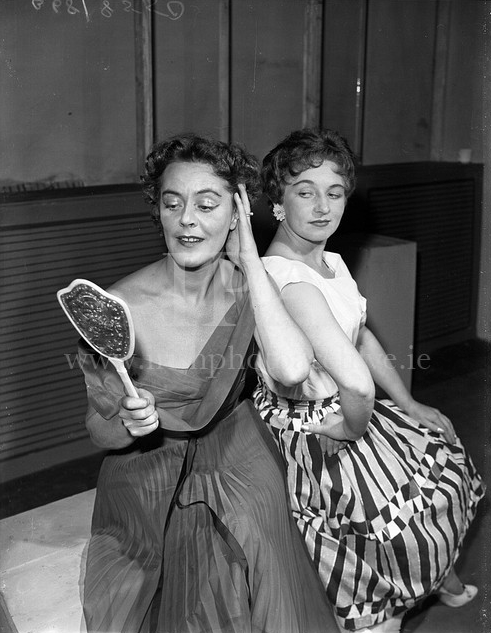 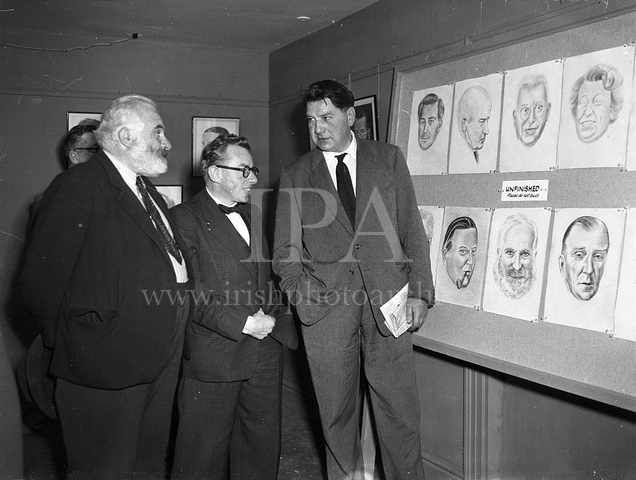 MacDonagh was educated at Belvedere College and UCD with contemporaries Cyril Cusack, Denis Devlin, Charlie Donnelly and Brian O'Nolan (Flann O'Brien).
In 1935 he was called to the bar  and in 1941 he was appointed a District Justice in Mayo. He was Justice for the Dublin Metropolitan Courts at the time of his death.
MacDonagh wrote poetic dramas and ballad operas.  He published three volumes of poetry: Veterans and Other Poems (1943), The Hungry Grass (1947) and A Warning to Conquerors (1969). He also edited the Oxford Book of Irish Verse (1958) with Lennox Robinson. A play, Happy As Larry, was translated into a number of languages. He also had three other plays produced God's Gentry, Lady Spinder, and Step in the Hollow. He also wrote short stories.
He published Twenty Poems with Niall Sheridan; staged first Irish production of Murder in the Cathedral with Liam Redmond, later his brother-in-law and furthermost he was a popular broadcaster on Radio Eireann.
Really you could say Donagh MacDonagh was an all-round incredibly accomplished gentleman!